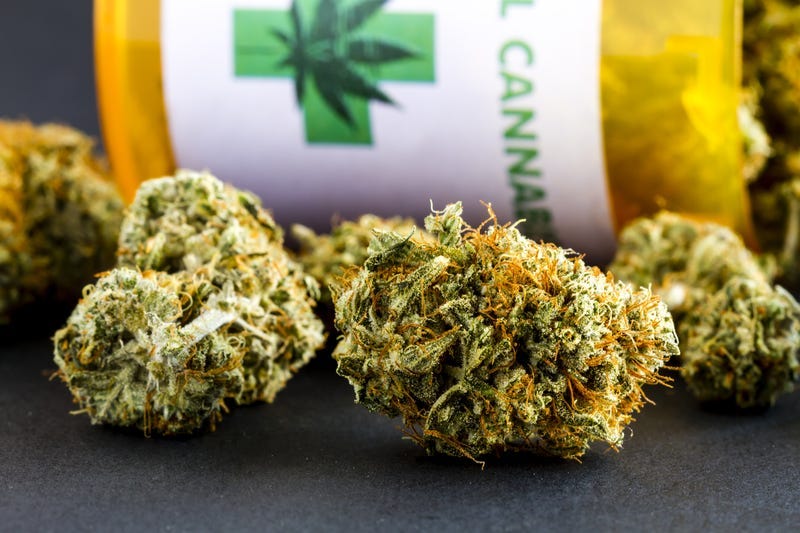 LANSING (WWJ) - Medical marijuana users in Michigan are getting a tax break.

A three-percent excise tax will be phased out Wednesday following the approval of Proposal One, which legalized recreational marijuana. The six-percent sales tax on medical marijuana products will still be collected.

Rick Thompson, who sits on the board of Michigan NORML (National Organization for the Reform of Marijuana Laws), said he hopes the tax elimination will push state regulators to quickly adopt rules and initiate the licensing of dispensaries in Michigan.

"We're very hopeful that the loss of excise tax will be an incentive for them to accelerate the rule making process and get recreational cannabis businesses up and running faster in 2019," he said.

"The rules for legalization businesses are patterned after the rules for the medical business system, and since that's already developed, it should be very easy to make adjustments to the legalized program," he said. "We're hopeful that by the middle of the year, we'll start to see the first licensing of cannabis businesses in the adult use sector."

The quicker the state acts, the sooner they can reap the benefits. Although Michigan has the lowest tax rate of any state for adult use cannabis, Thompson says sales are expected to be widespread -- generating $70 to $100 million in new tax revenue.

In the first four months of tracked sales in the medical industry, roughly 6,300 pounds of marijuana was sold in Michigan.

"That translates to a little bit over three tons of cannabis used by medicinal patients statewide," said Thompson.

Under the new law passed by voters in November, users 21 and older can have up to 2.5 ounces (71 grams) of the drug on them and up to 10 ounces (284 grams) at home. It also allows users to grow up to 12 plants in their homes. Recreational sales will be taxed 10-percent on top of the six-percent sales tax. Medicinal sales will only be taxed six-percent.

"Medical marijuana will be less expensive for consumers to purchase in Michigan because adult use cannabis will have that 10-percent excise tax -- which medical cannabis patients will be spared," said Thompson.

Until recreational businesses licenses are approved, there's no legal way for users to currently purchase marijuana in Michigan. Private sales are prohibited, but the law allows for "transferring without remuneration" -- which means receiving a gift of marijuana is the only legal way to obtain the drug, outside of growing it yourself.