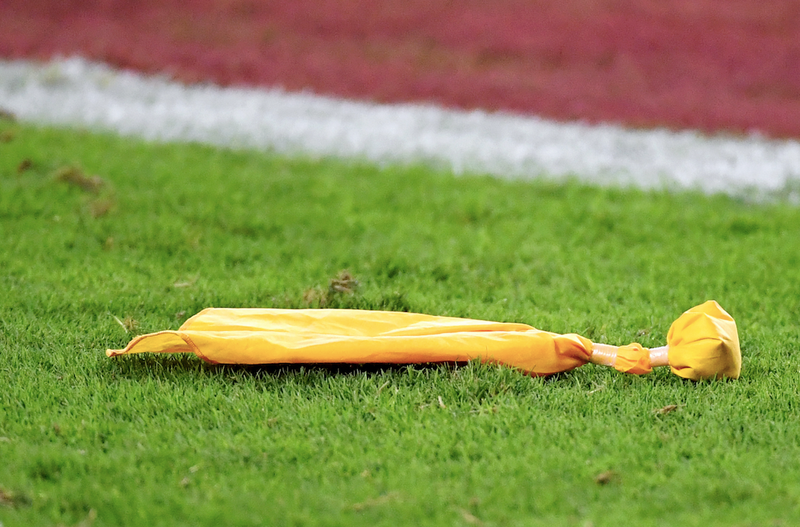 A flag thrown by an official lies on the field during the NFL game between the New England Patriots and the Arizona Cardinals at University of Phoenix Stadium on September 11, 2016 in Glendale, Arizona. New England won 23-21. Photo credit (Photo by Ethan Miller/Getty Images)
By WBBM Newsradio Staff Report

(WBBM NEWSRADIO) — Officials with Chicago Public Schools have announced punishments for the football teams at Kenwood and Morgan Park high schools, following a fight last Saturday after their game at Lane Stadium.

CPS did not release the names of those disciplined.

Both teams will be allowed to play their scheduled games this weekend, but the suspended players cannot attend. The assistant coaches are also suspended for this weekend's games.

A written statement from CPS says the district holds coaches and players to the highest standards of sportsmanship and respect, which were violated by the fight.

CPS officials also say they are looking at how such incidents can be prevented in the future.