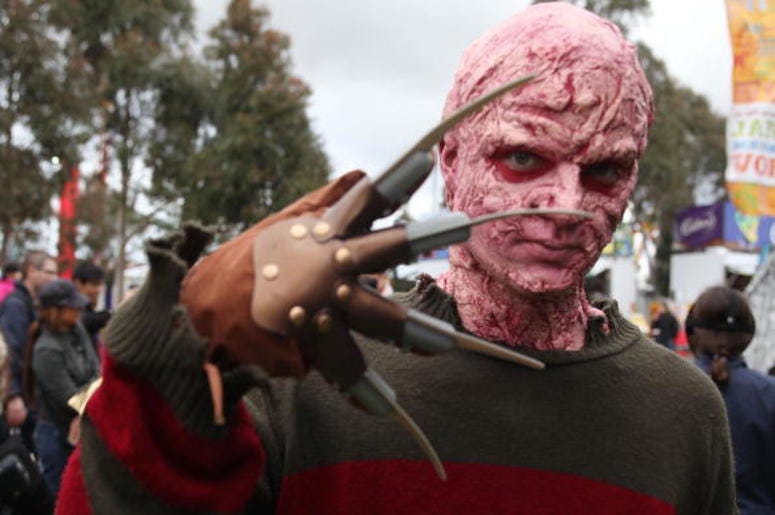 For some reason, it seems every house used for horror movies is either a decrepit home in the middle of the woods, or a mansion with extremely spooky vibes. Luckily ‘A Nightmare on Elm Street’ decided to go the mansion route, and now one lucky fan will have the chance to make that home their own. The iconic home from ‘A Nightmare on Elm Street’ recently hit the market, and is listed for $3.25 million.

The house prominently featured in the 1984 horror classic, “A Nightmare on Elm Street”, has been put up for sale. 👀🏠https://t.co/afvPznXCoP

Despite the fictional address of 1428 Elm Street in Springfield, Ohio; the home for sale is actually located in the Spaulding Square neighborhood in Los Angeles. Even though the film was released nearly four decades ago, the home remains mostly unchanged. The home still has the iconic façade and green shingles, though the red door has been painted black.

“The whole neighborhood gets the tour bus treatment. People always get tickled when they see it. The façade is iconic, but the ties to the movie stop as soon as you walk through the front door. Inside, it’s a beautiful traditional-style space with a modern twist,” said Heather T. Roy of the real estate company Douglas Elliman. According to Complex, the home is accepting bids up until Halloween. For any ‘A Nightmare on Elm Street’ fan with $3.25 million to spare, this may be the perfect home.