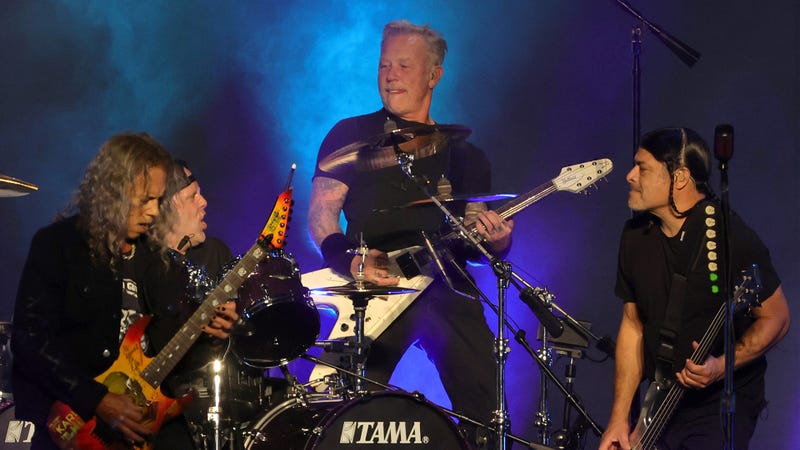 Leave it to season 4 of Netflix's Stranger Things to pull one more gem out of its box of sonic tricks. Aside from shooting 80s favorite Kate Bush back into the song charts due to the amazing soundtrack, Metallica's inclusion in the series has also picked up some serious steam.

Metallica's fan-favorite single "Master Of Puppets," the title track for their third album released in 1986, had never received an official music video treatment despite the song becoming an iconic part of their catalog in the years since. Why? Likely because, well, who really cared about releasing music videos in 1986? Madonna, sure, why not? But 'Tallica?

Thanks to the song's epic inclusion in the latest season of Stranger Things, the band decided to right this wrong with an eight-and-a-half-minute lyric video created with by British design crew ILOVEDUST, which they say was completed over "8 days and 36 pizzas."

Luckily, for anyone who has not seen the final episodes of this season's Netflix smash, there are no Stranger Things spoilers involved in the new clip -- just a whole lot of stone crosses ala the record's album art, lightning, and Heavy Metal iconography galore. That being said, if you're reading this and have in fact not seen season 4, just stop, go watch above, and thank us later. 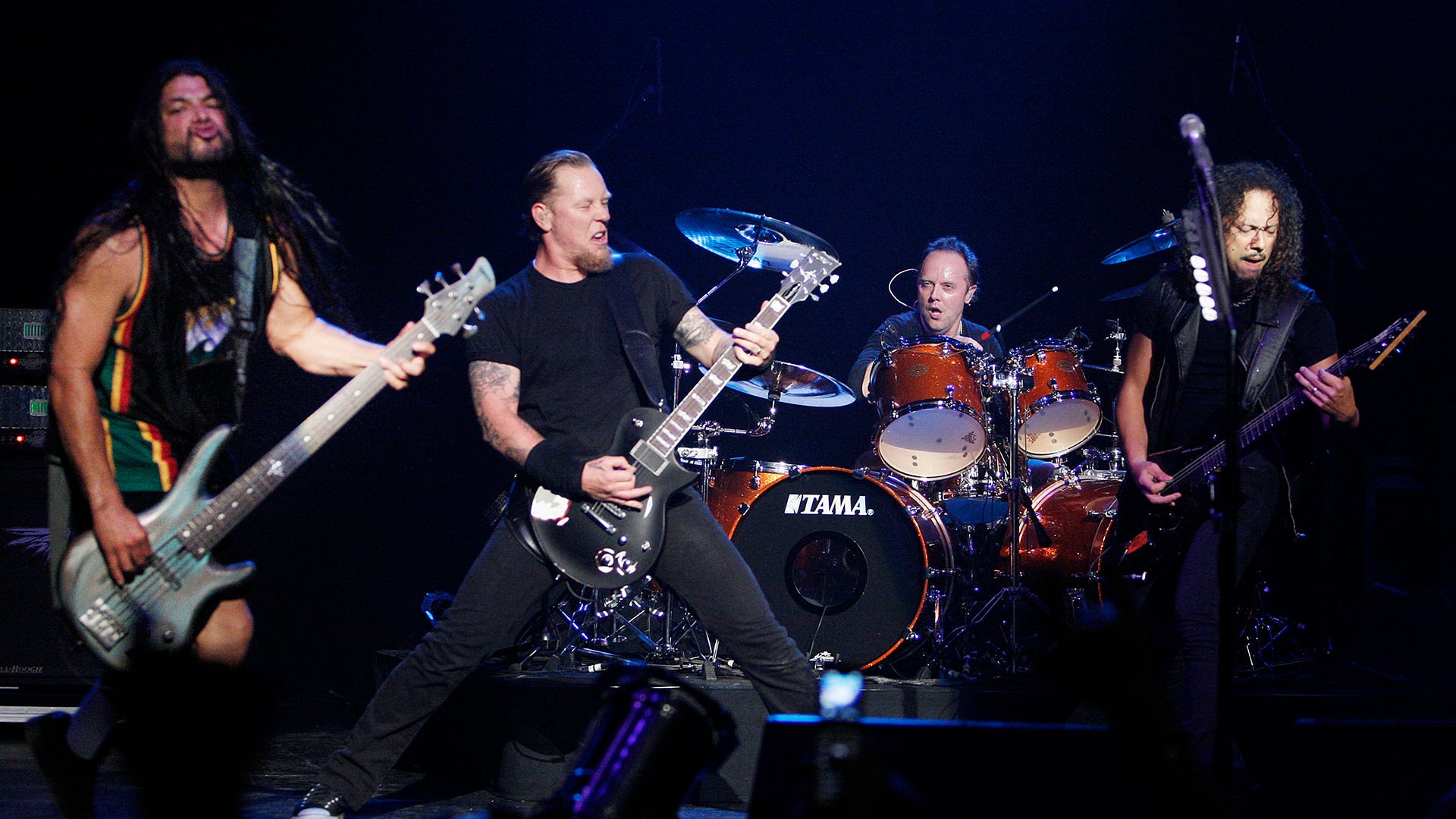 Metallica was 'blown away' by 'Stranger Things' season 4 inclusion

Metallica, for their part, would agree. The band took to social media following the season finale to share their delight, saying "The way [directors] The Duffer Brothers have incorporated music into Stranger Things has always been next level, so we were beyond psyched for them to not only include 'Master Of Puppets' in the show, but to have such a pivotal scene built around it."

The band added, "We were all stoked to see the final result and when we did we were totally blown away... it’s so extremely well done, so much so, that some folks were able to guess the song just by seeing a few seconds of Joseph Quinn’s hands in the trailer! How crazy cool is that?" 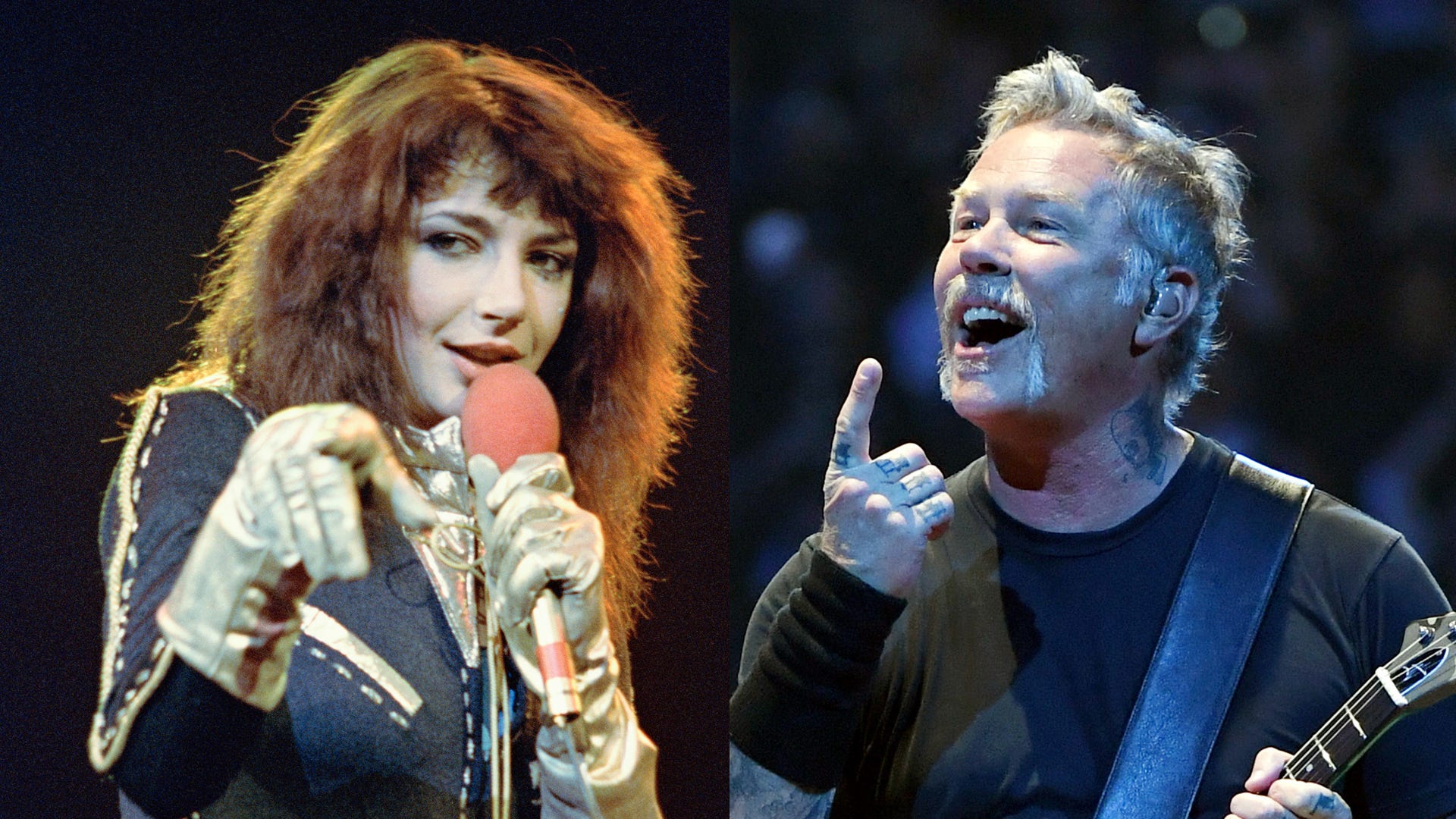 While you're in a headbanging mood -- take a look and favorite some of Audacy's all-new stations like Metallica Radio, Masters Of Metal, IndustriALT, Don't Metal In My Affairs, Venom, Arena Rock, Wake Up and Rock, and The Roots of Rock for those who crave the early days.