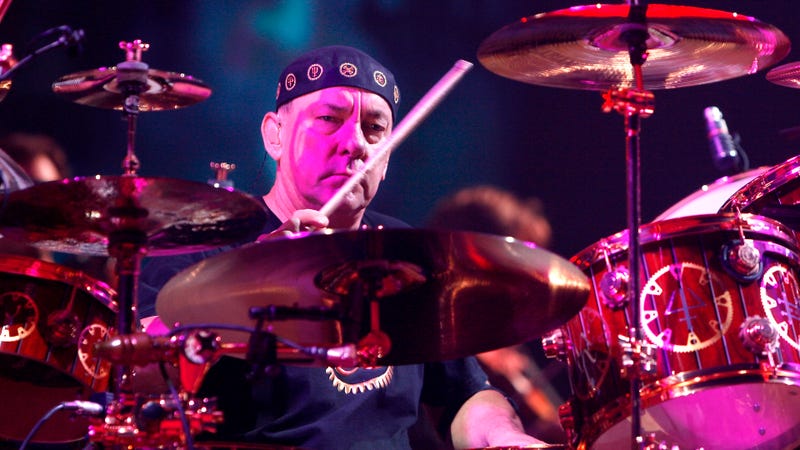 The majesty of a Rush concert is coming to the big screen and will showcase the last recorded drum solo from the late Neil Peart.

Cinema Strangiato is the acclaimed Rush concert film featuring performance highlights from the band’s 2015 R40 Live Tour. On top of highlights from the concerts, the film features previously unseen backstage and soundcheck footage as well as interviews with famous Rush fans like Billy Corgan and Tom Morello.

Accompanying the announcement that the film will return to theaters was a trailer showcasing the final recorded drum solo from Neil Peart. The solo comes during the performance of “Cygnus X-1”/”The Story So Far” and serves as another reminder of his legendary talent behind the drums.

Cinema Strangiato will be shown in theaters across the world for one night only on September 9.

The film marks an excellent opportunity to witness the power of a Rush concert once again. It may also be one of the final opportunities for fans to do so as guitarist Alex Lifeson said in a recent interview that the band is done.

"There’s no way Rush will ever exist again, because Neil’s not here to be a part of it,” Lifeson said. “That’s not to say that we can’t do other things, and we can’t do things that benefit our communities and all of that.”

While that rules out any future performances under the Rush name with Geddy Lee, Lifeson indicated that he’s open to doing his own thing. “I have lots of plans for that sort of thing that don’t necessarily include Geddy,” he said.