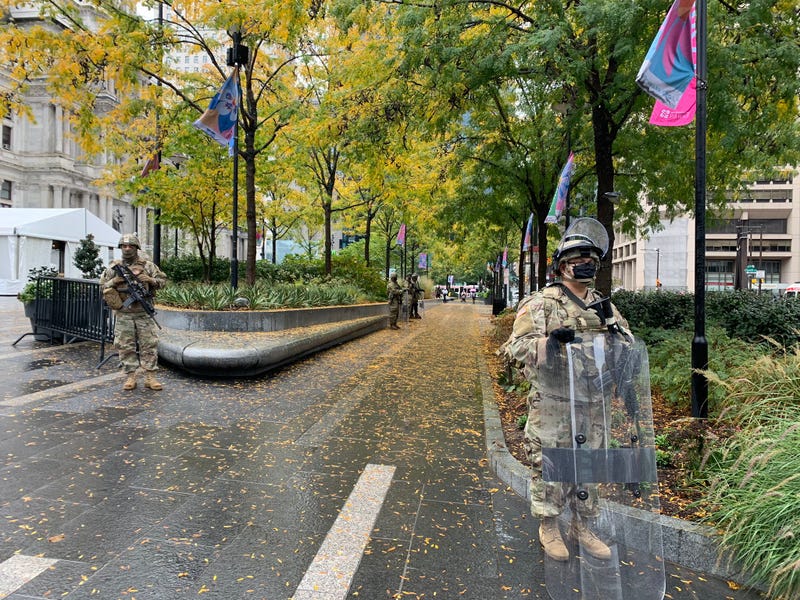 Guardsmen were dispersed across Center City, standing solemnly around City Hall and the Municipal Services Building.

Philadelphia issued a citywide curfew to go into effect at 9 p.m. Friday and expire at 6 a.m. Saturday.

He didn’t elaborate as to where exactly they are stationed or for how long.

“That is going to be a flexible, day-by-day deployment,” he said, “solely to provide safety to our neighborhoods and neighborhood businesses. So the exact locations are subject to change.”

Some people passing by City Hall Friday were glad to see the National Guard’s presence.

“They should’ve came sooner,” said Mershina from North Philly, saying it will deter additional looting. “If they wasn’t here, it would be happening as of now because they wasn’t stopping.”

Sue from Delaware County, however, said the National Guard is making her uneasy.

“I think this is overkill,” she said. “This is too much. It’s scary to walk by them. I mean, I’m walking by guys with machine guns to get my lunch. I don’t like it.”

In the wake of Wallace’s death, protesters immediately took to the streets — as did separate clusters of vandals and looters.

Many businesses in West and North Philadelphia were vandalized or looted amid the civil unrest. Dozens of officers were injured, and their police cars were vandalized.

Police were called to 61st and Locust streets on Monday, where they said Wallace had a knife and was moving toward them.

The 27-year-old husband and father was shot and killed by two officers. Police said each officer fired at least seven times. It’s not yet clear how many bullets struck Wallace. 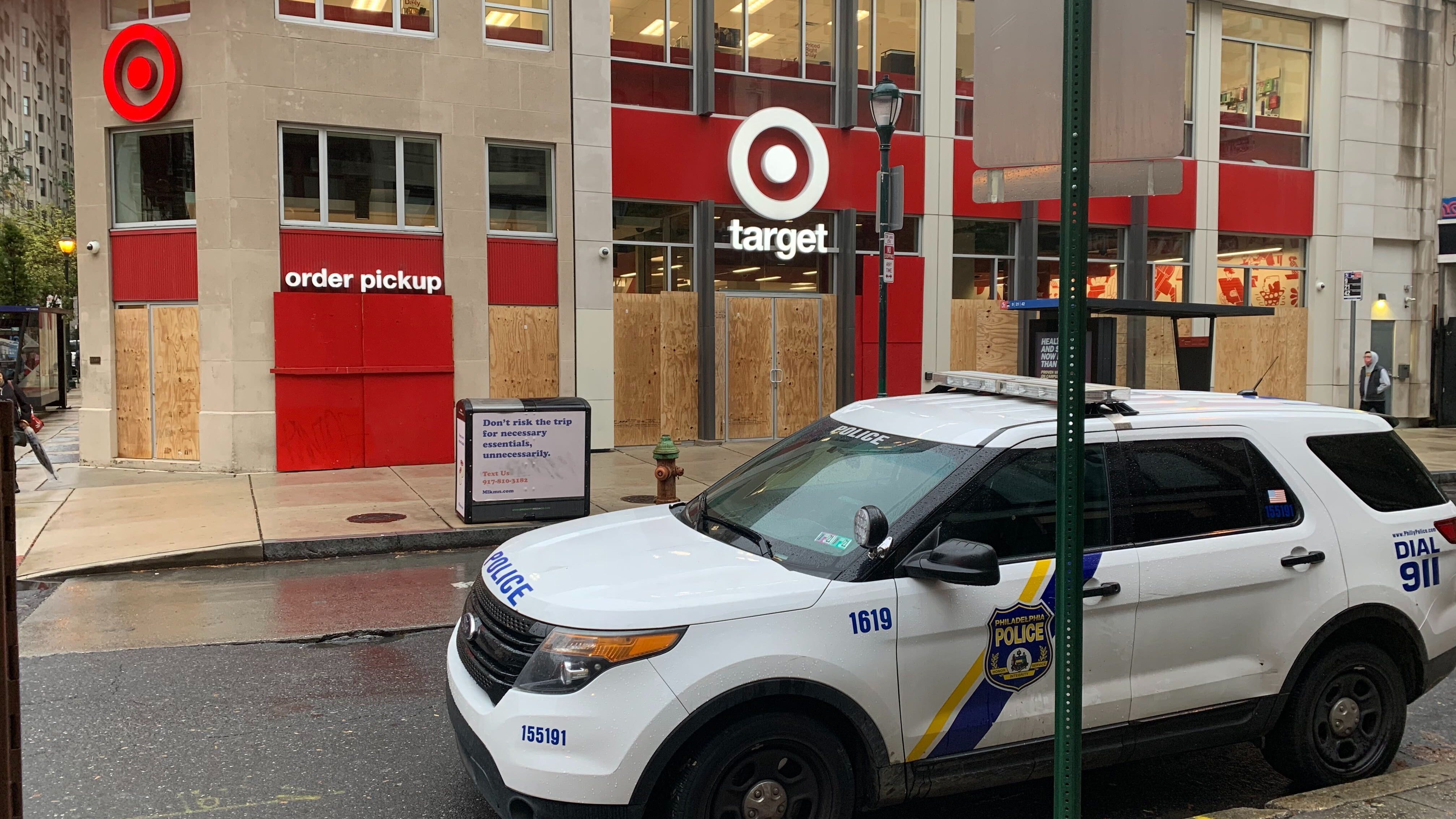 The Wallace family said they called 911 to request an ambulance, as Wallace was experiencing mental distress and was in need of help.

Body camera footage of the shooting will be released on Wednesday, a day after the election.

Since the beginning of the unrest, police have made 214 felony or misdemeanor arrests, mostly for burglaries. There have been more than 440 incidents of looting and 22 ATM explosions.

To date, 18 police cars were vandalized, and 58 officers were injured.