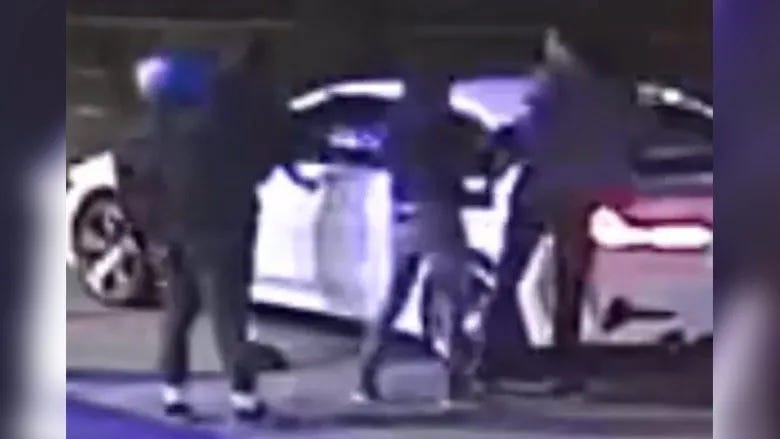 Related podcast: What to do if you are carjacked

Reports of carjackings spiked across the country alongside COVID-19 case counts, in cities including Chicago, Dallas, Los Angeles, Minneapolis and New Orleans, as the U.S. staggered through the pandemic.

Police departments around the country say carjacking suspects are getting younger, and more teenagers are getting arrested.

Audacy news radio stations around the country looked into what is driving these grim trends nationally and locally. 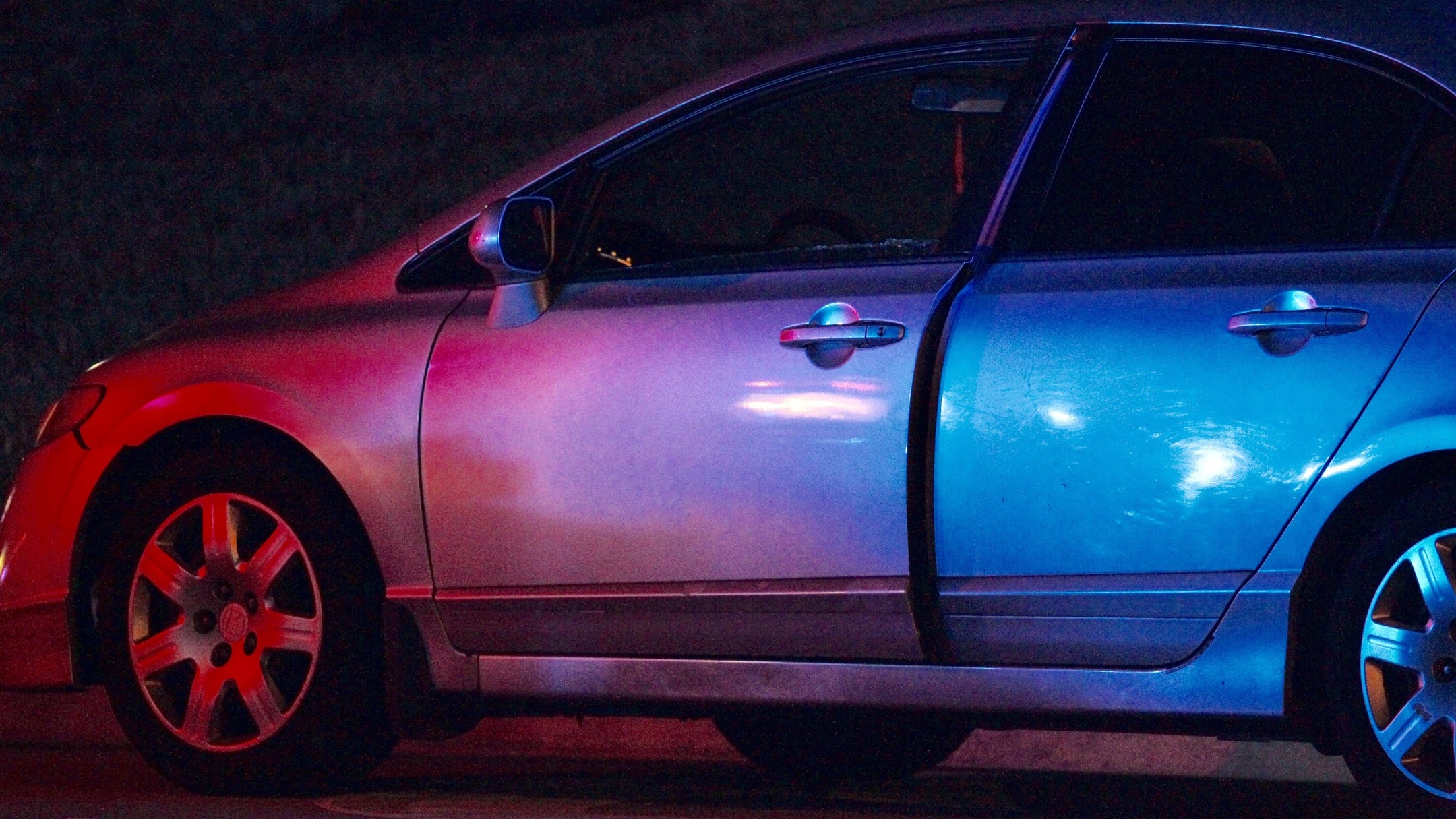 Study: Carjackings have increased in major cities by as much as 500% in the last 8 years

Audacy reached out to law enforcement agencies from all 50 states to get the numbers behind the crime trend. 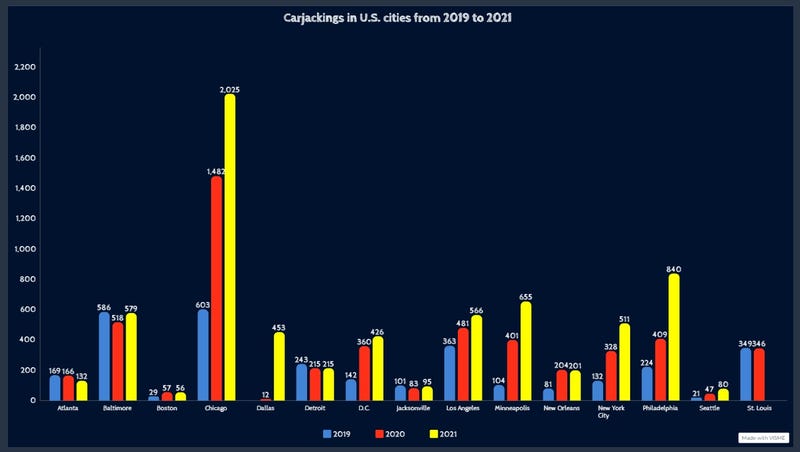 Carjacking is so out of control in Chicago — where reports of the crime leapt from 600 in 2019 to more than 2,000 last year — that Cook County Sheriff’s Office staff fanned out at the Chicago Auto Show to alert the approximately 100,000 attendees about the crime spike.

“It wasn’t something where this has been like a slow creep,” said Cook County Sheriff Thomas Dart in Chicago. “It just really coincided with the pandemic kicking off.”

And the increase in extremely young offenders is startling. An 11-year-old arrested for carjacking in Chicago in 2021 was already a ‘prolific’ offender, police said — while a 12-year-old was recently accused of taking part in carjacking and fatal beating of an elderly man in Philadelphia. 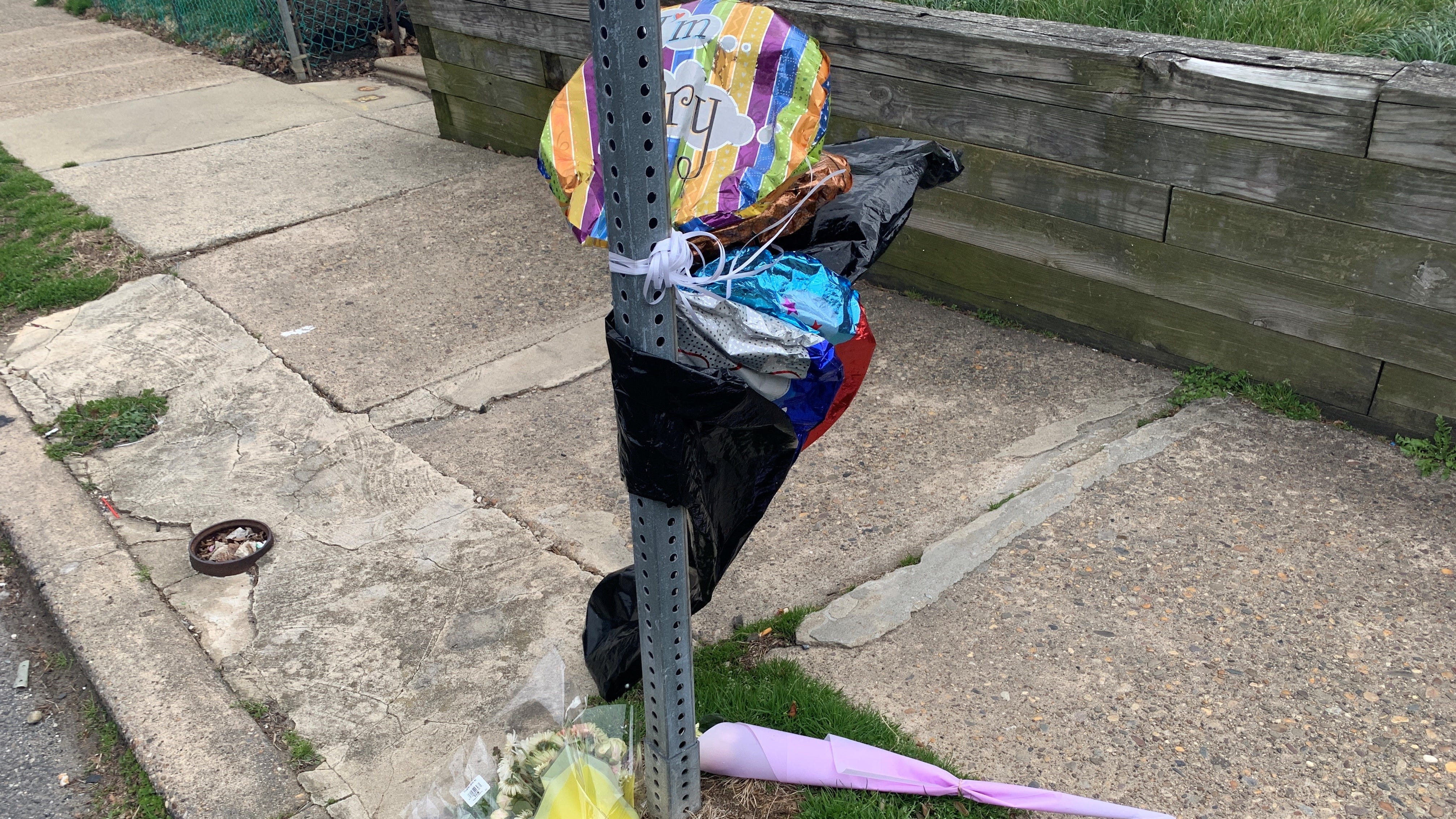 Police: 15-year-old killed may have been victim of intended carjacking

In nine days, two young boys were accused of carjackings in St. Louis, with one incident involving an 11-year-old who pistol-whipped a man while stealing a vehicle with his mother and another that included a boy 12 to 14 years old who robbed another victim of his vehicle.

An NYPD official referred to the Big Apple as “Carjack City” in January, and just a few days ago, New Orleans police were announcing the arrests of four teens who were wanted in connection with a fatal carjacking when two more incidents happened.

But why does it seem so out of control? Kim Smith, director of programs at University of Chicago's Crime Lab, told CNN that juvenile carjackings happened more often in areas with poorer internet access and lower school attendance. Essentially, schools closing during the pandemic in areas where internet access is unreliable could be strong factors contributing to the rise in crime.

"The impact of the pandemic, I think, can't be overstated," Smith said.

Are carjackings a ‘youth crime’ trend?

Philadelphia Police Commissioner Danielle Outlaw attended a public meeting in February to give some insight into what is causing the rise in carjackings.

"We're seeing a lot of what drove our violent crime: social media beefs, domestic violence-related incidents, accessibility to guns, and narcotics were driving our numbers in 2021," Outlaw said. 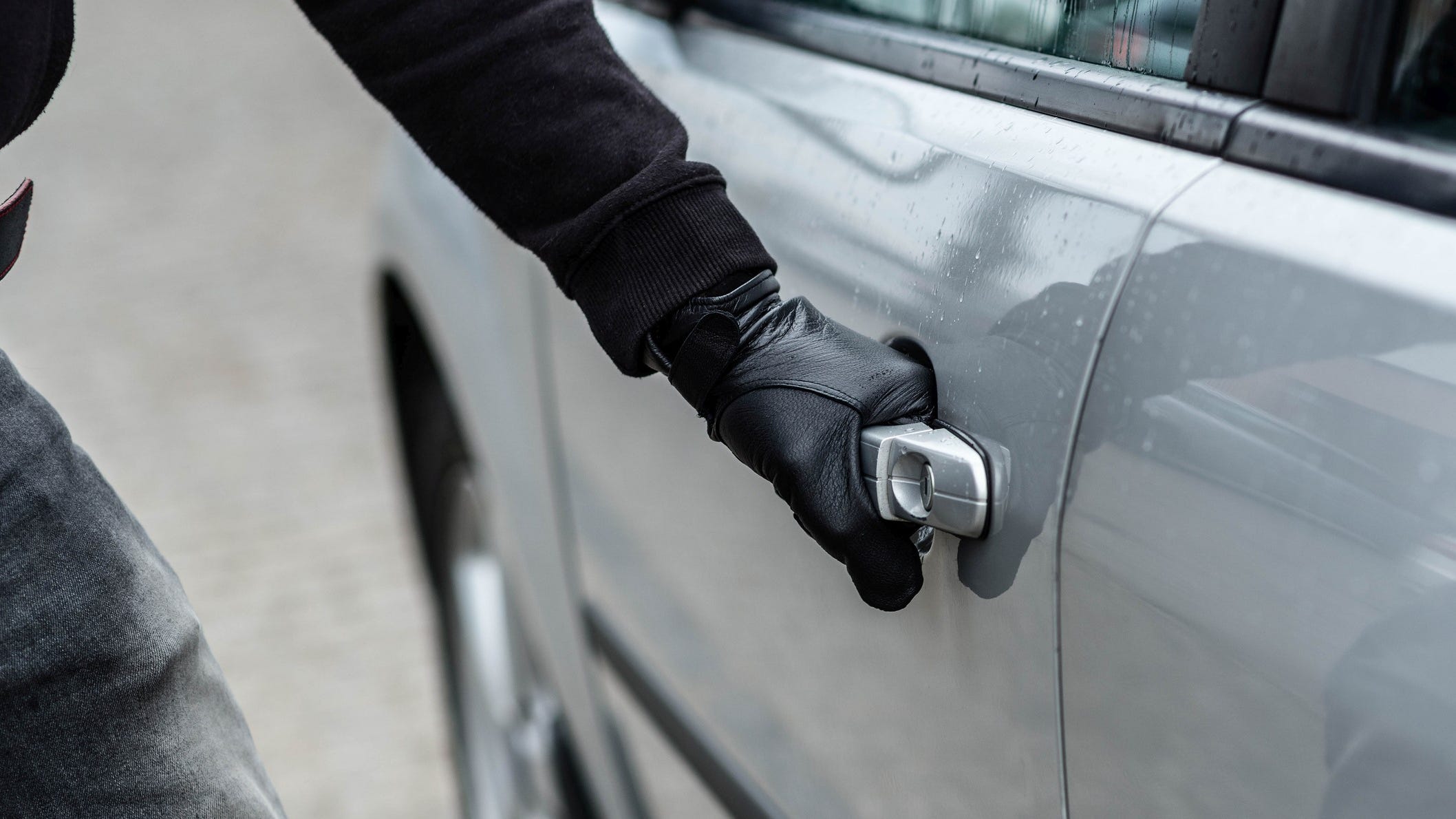 "This is happening all over the city. Victims of carjackings have been spread across all demographics.”

Now in 2022, Outlaw confirmed, suspects are getting younger.

"Young people are carrying guns, because they feel like they need them to be safe, but it's also glorified," she said. 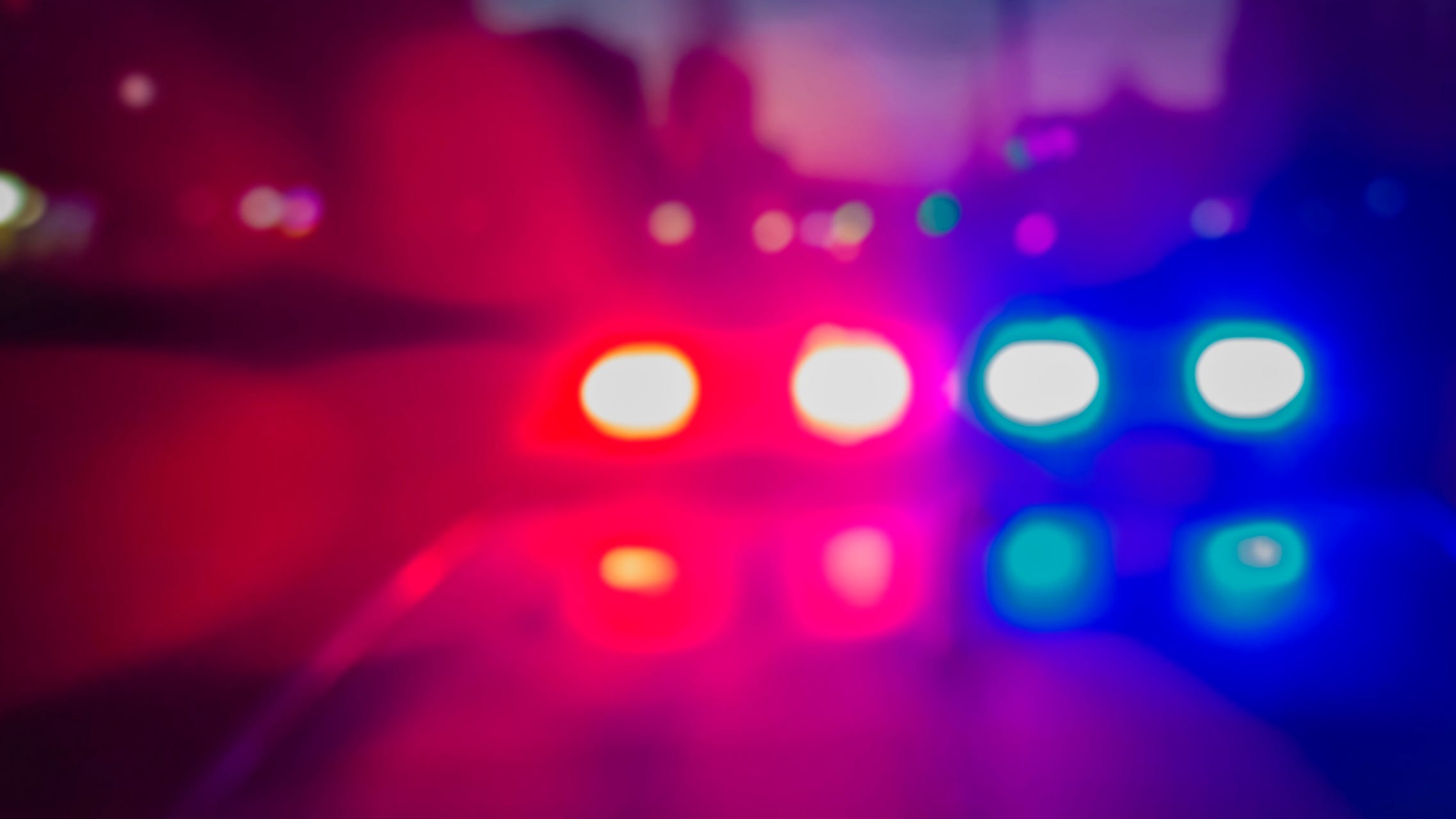 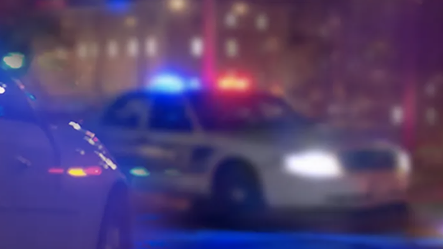 Teens ages 13, 17, arrested after woman dragged out of car in NJ carjacking

Philadelphia police say more than one-third of the suspects they arrested last year — 60 out of 150 — were juveniles.

“I cannot tell you what can be in the motivated minds of the young people doing this,” said Deputy Commissioner Ben Naish.

Stephanie Kollman, policy director of the Children Family Justice Center at Northwestern University, has been researching the recent spike in particular because so many young people are arrested for the crime.

“Unfortunately, there isn’t a lot of good data on carjacking in general,” Kollman said.

She says viewing carjackings as a youth crime might be a mistake.

“I think we’ve been getting a lot of misinformation, frankly, about the role of young people in these crimes,” she said, adding that most carjackings do not result in an arrest.

Young people may be arrested for carjacking more often because they are less experienced at driving and have not planned out the crime, Kollman explained. Although she suspects that young perpetrators may be overrepresented in arrest data, Kollman said that young people have faced new challenges since the start of the pandemic.

“Over the last two years, there’s absolutely more young people living under incredible amounts of stress,” she said, citing the American Academy of Pediatrics’ announcement of a “mental health crisis” in the country. Economic upheaval caused by the pandemic, loss of caregivers and changes to school schedules have also affected minors in recent years.

It’s really hard to tell the motivation for the crimes for certain, Kollman said. “It may be as simple as wanting transportation in some issues and having that be inaccessible and having a very low understanding of the risks involved.”

For some, limited access to transportation cuts them off from employment opportunities and compounds their economic woes, she explained.

“There’s been a lot of speculation that this is done because of wanting to joy ride or wanting to use the car in another crime,” said Kollman. “But in fact, we do know that the price of a used car has gone up 40% since the start of the pandemic. So, this could be an economically driven issue.”

Is your key fob to blame?

Another factor that may have contributed to the rise in carjackings might surprise you: anti-theft technology.

“The maybe unintended consequence of that technology is that you have to have a key fob to take a car – that means you have to get it from a human,” Kollman said of the way most new cars are now opened, with remote access replacing physical keys.

Some car thieves are willing to spend hundreds of dollars for devices that hack these systems, but those without the upfront capital may turn to carjacking instead. 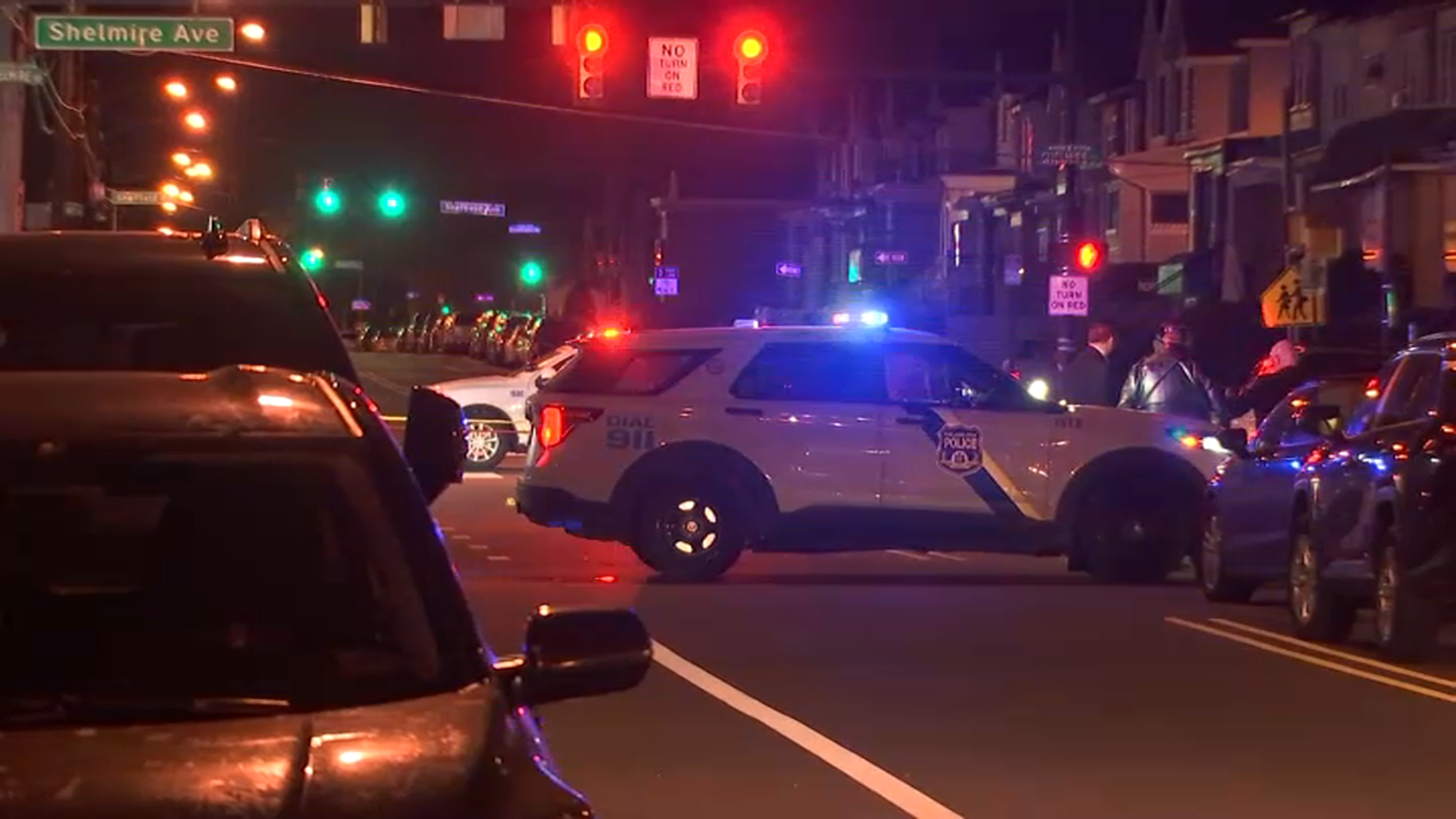 “There have been fewer people on the street, different patterns of pedestrian behavior,” in jurisdictions with strict COVID-19 protocols, she said.

Philadelphia investigators identified some areas as "hotspots" for when more carjackings happen, like parking lots and curbside pickups. 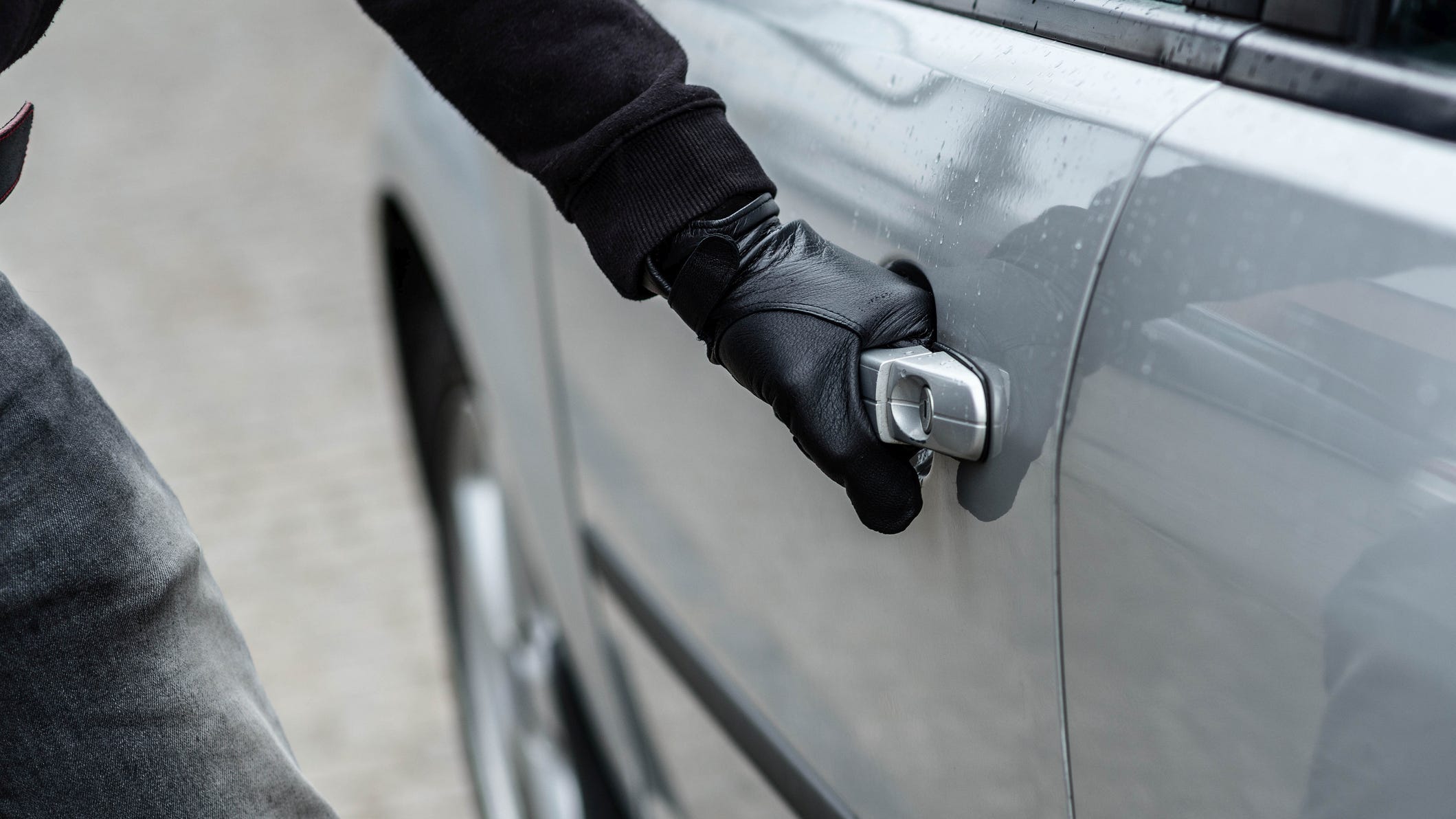 Not an easy crime to track

More often than not, more than one individual is involved in carrying out a carjacking. This makes investigations tricky.

“Determining where the car is going next, whose possession it stayed in, who was involved in the crime and who wasn’t, identifying the multiple people involved — it’s really hard. It’s legitimately hard for police to solve the crime, unless somebody makes a mistake,” said Kollman.

“These cases are not being solved, there’s no two ways about it,” said Chicago’s Sheriff Dart.

He said that most carjackers actually put a “great deal of time” into planning the crimes. They typically operate in a team and use a strategy that separates the person who threatens the victim with a weapon from the person who ultimately drives off in the vehicle.

Often even if law enforcement does find the car, “the person in there is not going to be charged with carjacking,” because they jumped into the car 10 minutes later, Dart said.

In Philadelphia last year, Police Chief Inspector Frank Vanore said, out of more than 800 reported carjackings, a little more than 150 arrests were made — with some offenders caught more than once.

"The carjackings that are occurring, it's not one big group doing carjackings. We have some patterns throughout the city,” he said. Many of the arrests solved multiple carjacking cases.

"We know there's a very small amount of individuals that's driving up these numbers,” confirmed Commissioner Outlaw. Leaders within the Police Department agree that, as they remove more suspects from the street, they expect the pattern of carjackings to trend downward. 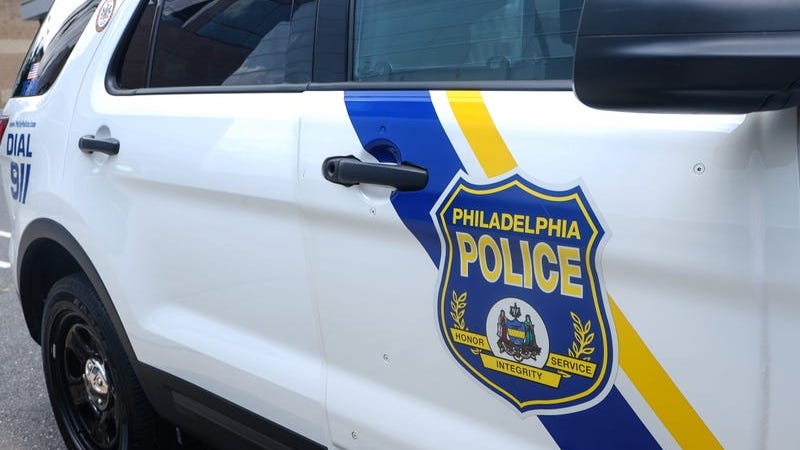 Investigators say sometimes the criminals behind carjackings change tags on stolen cars, making it more difficult for police to track.

"The individuals in many of these crimes cover up," Vanore said. "They're not really showing themselves to the complainant in the case. So it's very hard to make an identification," Vanore explained.

Since there are many different motives for the crime — need for transportation, joyriding, re-selling, stripping for parts — it is also hard to figure out where the vehicles might end up.

“It’s a range,” Dart said. “It’s based on what the motive was behind the actual carjacking.” 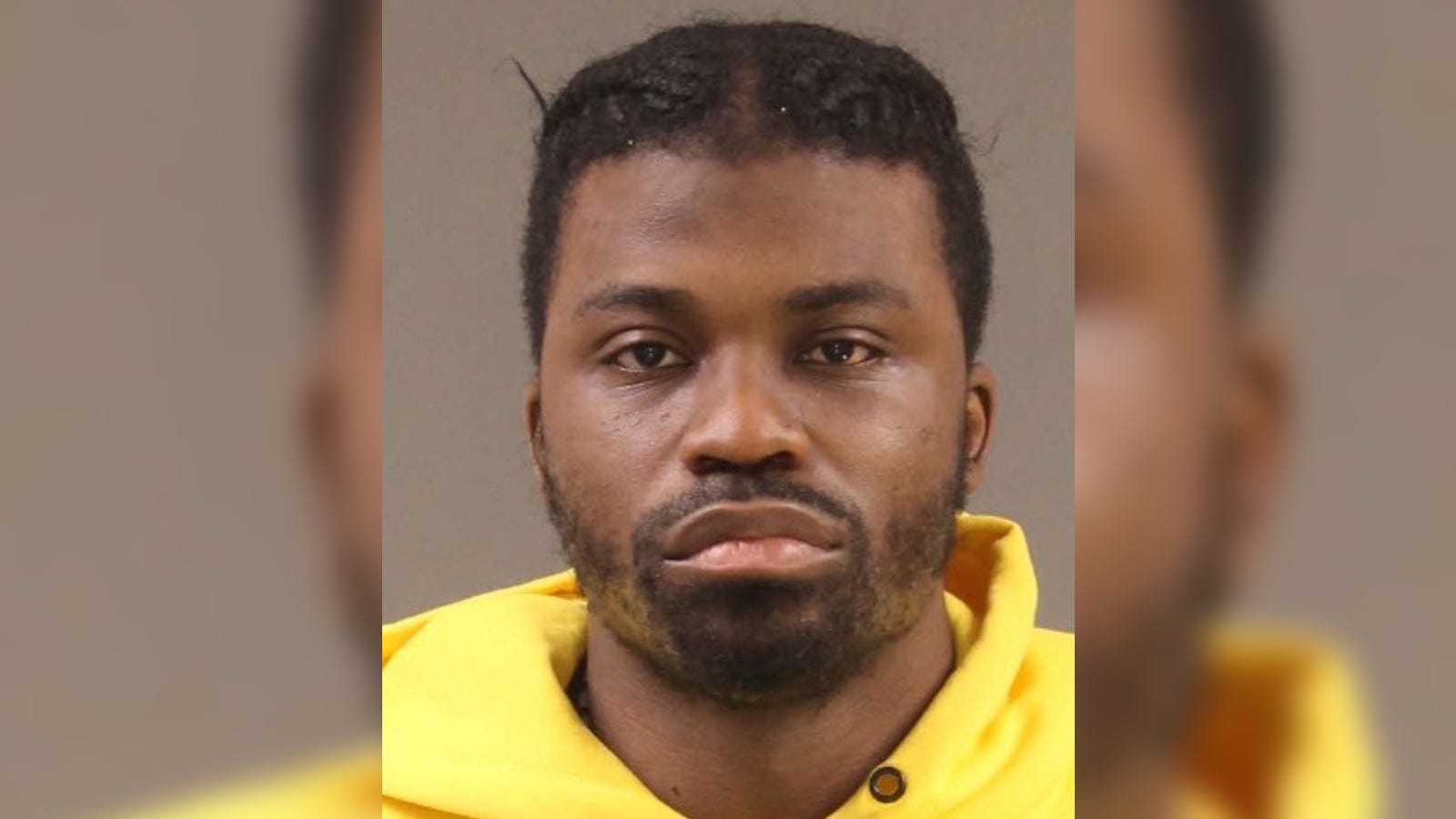 Despite the challenges law enforcement officials face when it comes to carjacking, Dart said there could be an easy solution. In order to pull it off, car manufacturers would need to work with investigators.

“Our big hope here is working with the manufacturers, we will get a better ability to trace these cars quickly, which has been a big, big problem today,” he said.

Most cars manufactured since 2015 already have GPS technology that allows them to be tracked, but Dart said there have been snags when police try to track stolen cars. Sometimes, call centers aren’t open. Other times, car companies ask for a search warrant or for written consent from car owners.

“And I’ll be honest with you, with the amount of money these corporations are worth – you’re trying to tell me that they don’t have the resources to put a couple of smart people in a room to sit there and come up with a toll-free 24/7 phone number that law enforcement and victims and crimes can access and immediately get the tracking going? Come on,” said Dart.

However, he said there have been some meetings between General Motors/OnStar, the Alliance for Automotive Innovation and authorities, leading to progress.

Dart also attended a March 1 Senate Judiciary Committee special panel on carjackings to explain the need for cooperation between manufacturers and police.

“We believe auto manufacturers can be a great ally in this battle,” he said during the hearing. “They already innovated the technologies needed to track stolen vehicles. Now they must lead the way in developing a system to communicate in a consistent way with responding law enforcement.”

John Bozzella, president, and CEO of the Alliance for Automotive Innovation, was also at the hearing and mentioned a carjacking increase “across the United States.”

“This is a complex issue, one we take seriously,” he said, while also noting that customer privacy is also a priority for the industry, which can make information sharing a challenge. “We remain committed to developing constructive recommendations in support of continued collaboration with law enforcement and policymakers on carjackings.”

“This is a national problem,” Dart told Audacy. “It’s not unique to us…it really does require a national solution.”

Beyond working with manufacturers, Kollman said that a holistic approach to bringing down crime could lower carjacking numbers.

This would include “better investment in the things that make communities safe, which is good education, good support – health-wise, economically and otherwise,” as well as access to jobs and opportunities,” she said. 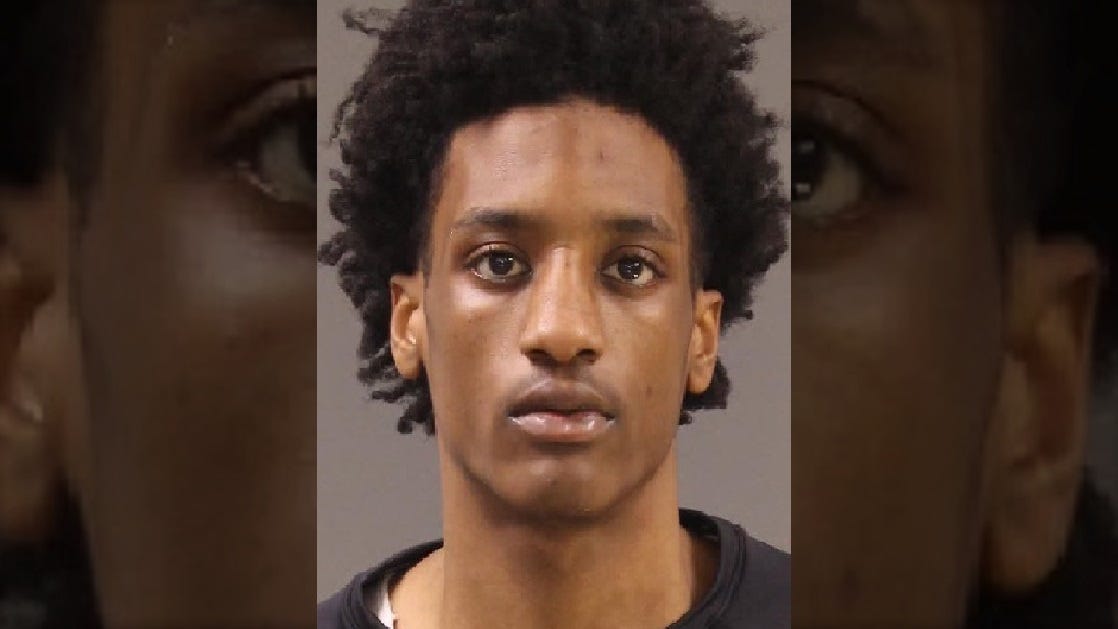