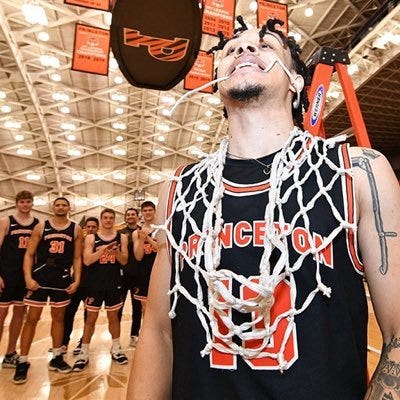 A week after announcing his commitment to Clemson Basketball, a talented transfer is having second thoughts. Former Princeton Guard Jaelin Llewellyn announced via Twitter that he has re-opened his recruitment.

He entered the transfer portal after being a 1st Team All-Ivy League Selection. This past season he averaged nearly 16 points per game and helped lead Princeton the Ivy League's Regular Season Championship.

Llewellyn's post says " I'm still considering Clemson, but due to recent changes my family and I have decided to re-open my recruitment to reconsider the best options". He did not go into detail about what he meant exactly by "recent changes".

However, it is reasonable to believe he may be eluding to the recent departures of two Clemson staff members. Kareem Richardson has exited for N.C. State and Antonio Reynolds is headed to Georgia."