When did the reported Jaylen Brown-Kevin Durant trade talks between the Celtics and Nets actually take place? Apparently it depends on who you ask.

Will Durant talks cause irreparable damage with Brown?

The first timeline came from The Athletic’s Shams Charania, who reported that the Celtics “recently” offered a package of Brown, Derrick White and a draft pick for Durant. He added that Boston “is mulling over next steps” after the Nets countered with a deal that also includes Marcus Smart, suggesting that the discussions are active and ongoing.

Since that initial report, though, there has been some pushback on the idea that these discussions were that recent. ESPN’s Brian Windhorst said in an appearance on 98.7 Arizona Sports that the Celtics’ offer was “likely weeks old” and that Boston and Brooklyn’s talks were “not fresh.” He added that he did not believe the Nets were engaged in any active talks at the moment.

Bleacher Report’s Jake Fischer reported a similar timeline Tuesday morning. According to his sources, the discussions focused on a Brown-Durant trade “came weeks ago at the beginning of July.” He adds that the talks “were considered by both teams as part of the Nets’ first stage of continuing negotiations.” That makes it sound like they were more exploratory and perhaps didn’t get as far as actual offers being made, as Charania suggested.

But then there is also the pushback on the pushback! On the latest episode of ESPN’s “The Lowe Post” podcast, posted Tuesday morning, Zach Lowe (politely) contradicted his colleague Windhorst’s reporting and said that he’s heard the timeline actually is closer to what Charania initially reported.

“I think … July 16, something like that, something happened between the Nets and the Celtics, something real,” Lowe said. “I don’t know how real, real it was, because everyone’s talking to everyone all the time -- I don’t really know what constitutes real -- but something happened. I couldn’t quite nail down exactly what it was, but I think that’s about when whatever happened, happened.

“The timetable that I understand, the week to 10-day timetable, is still kind of fresh and implies there could be ongoing discussions.”

Why does all this matter? Well, because there’s a pretty big difference between the Celtics only having exploratory talks in early July vs. discussing the actual framework of a trade as recently as last week.

Early July would’ve been right after Durant made his trade request, and right around the time the Celtics were adding Malcolm Brogdon and Danilo Gallinari. Pretty much every team would’ve at least been checking in with the Nets at that time. If the Celtics hadn’t circled back since then, it would suggest they didn’t like what they were hearing from the Nets and were truly satisfied moving forward with their current roster.

But if they’ve been talking to the Nets more recently, as both Charania and Lowe have reported, then it would tell us that their interest in Durant goes much deeper than the initial check-in phase. And if those talks are still ongoing -- again, as Charania and Lowe both said they could be -- then it’s obviously possible that something could eventually still get done. 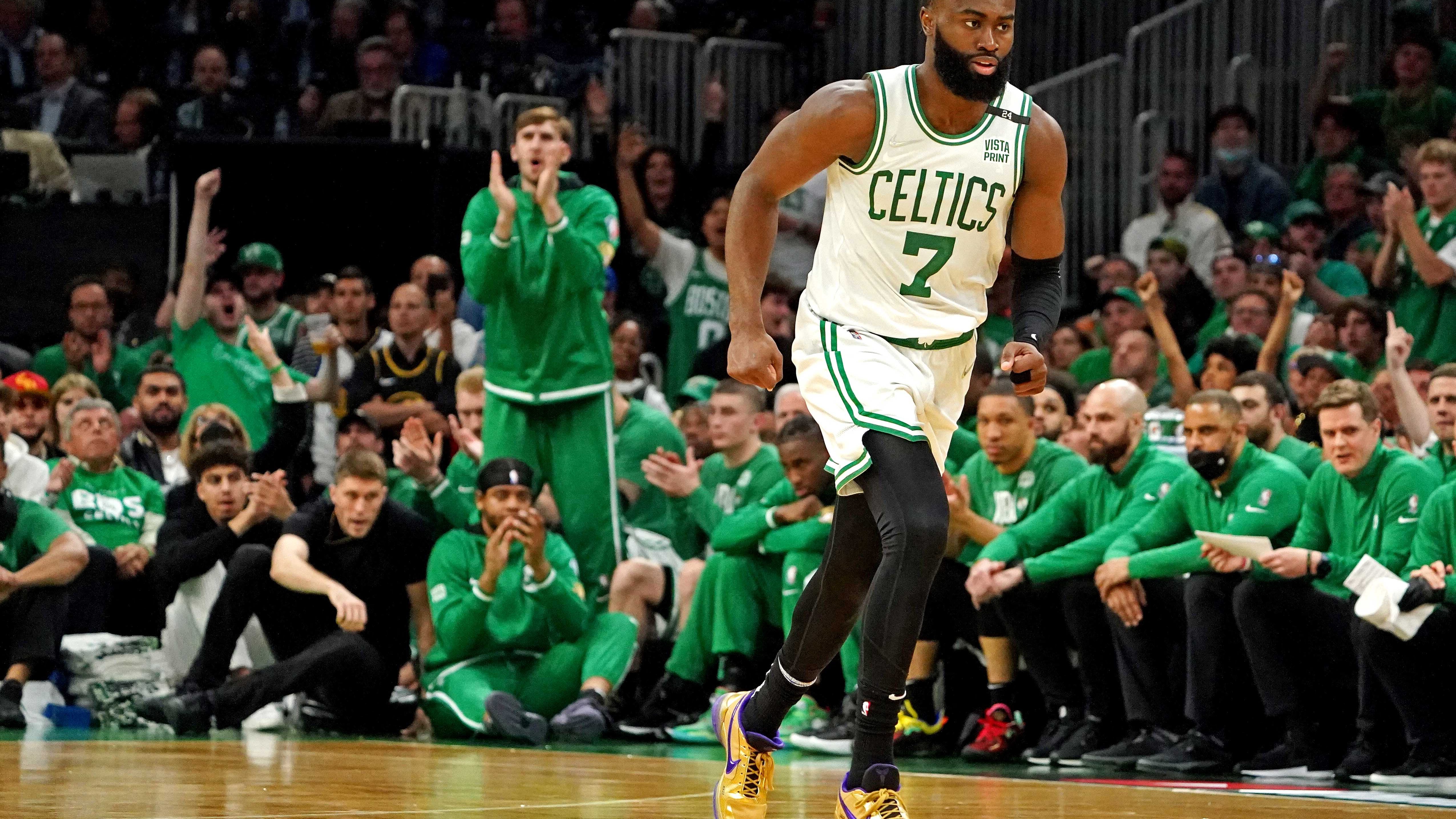