For Alex Smith, this moment was a long time coming.

One thousand sixty-nine days ago, the Washington Football Team moved on from Kirk Cousins and sent a third-round pick and cornerback Kendall Fuller to the Kansas City Cheifs to get the former No. 1 overall pick.

Two years, 11 months, and five days later, Smith clinched Washinton's first trip back to the playoffs since the 2015 season. With a 20-14 win over the Philadelphia Eagles, the Smith and Washington were the winners of the NFC East.

Many believed this moment would never come.

In his tenth start for Washington with the team at 6-3, Smith suffered a gruesome leg injury. He required an extended hospital stay in the days after the injury. He suffered serious, "devastating" complications, and required multiple surgeries to clear infections. The damage was so extensive to his leg, there was fear Smith could lose the leg. He was wearing an external fixator six months after the injury. And then the infections threatened his life. The final tally: Seventeen surgeries and a visit to rehab at a U.S. military facility. 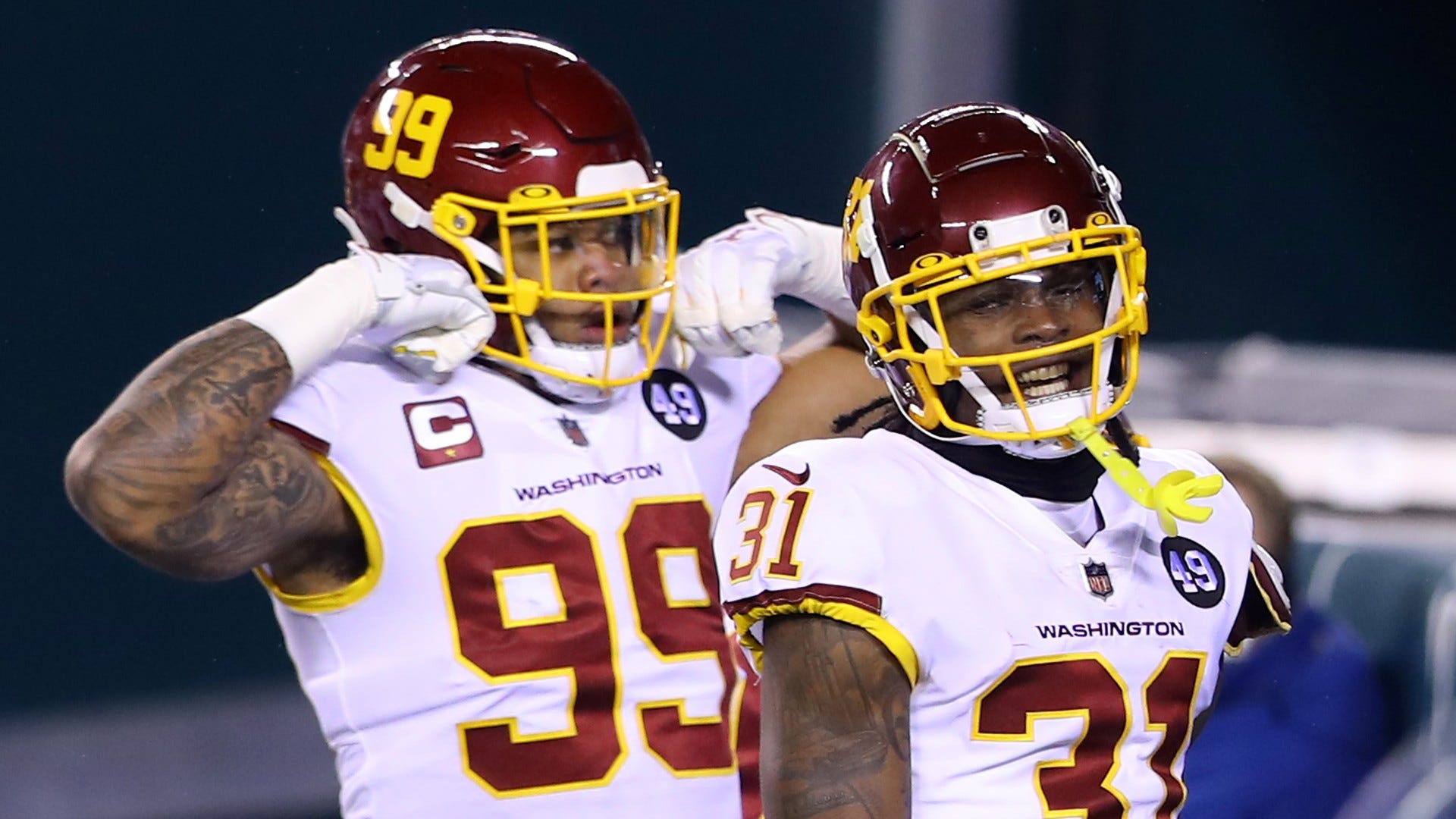 SNIDER: Take a breath, Washington. The fun has only just begun.

That offseason, Washington drafted Dwayne Haskins with the 15th overall pick. But Smith did not retire like many expected, he announced he still planned to return to the NFL.

"That's the plan. That's the plan," Smith said in June 2019 about returning to football. "(There are some) steps, I've got to conquer some more steps before I get there. Learn to run again. That's a big one. I'm already throwing. I already feel like throwing is not a problem. feel like I can throw. But dropping, moving around, all that kind of stuff, change of direction."

After Smith said that, former NFL quarterback Joe Theismann told 106.7 The Fan Smith was still years away from playing.

Washington would hire Ron Rivera, trade for another quarterback, re-sign Kendall Fuller in free agency, and drop their team name. And Smith kept working at a comeback.

This August, after over a year away from football, Smith celebrated with his family after he was cleared to play in the 2020 season by Washington team doctors.

But with no preseason, Rivera had Smith as the No. 3 quarterback to start the season behind Haskins and Kyle Allen. The closest he got in the first few weeks was warming up before the game.

Then Haskins was benched and Smith was on an active roster once again. And 693 days after that devastating injury, he was back on the field. 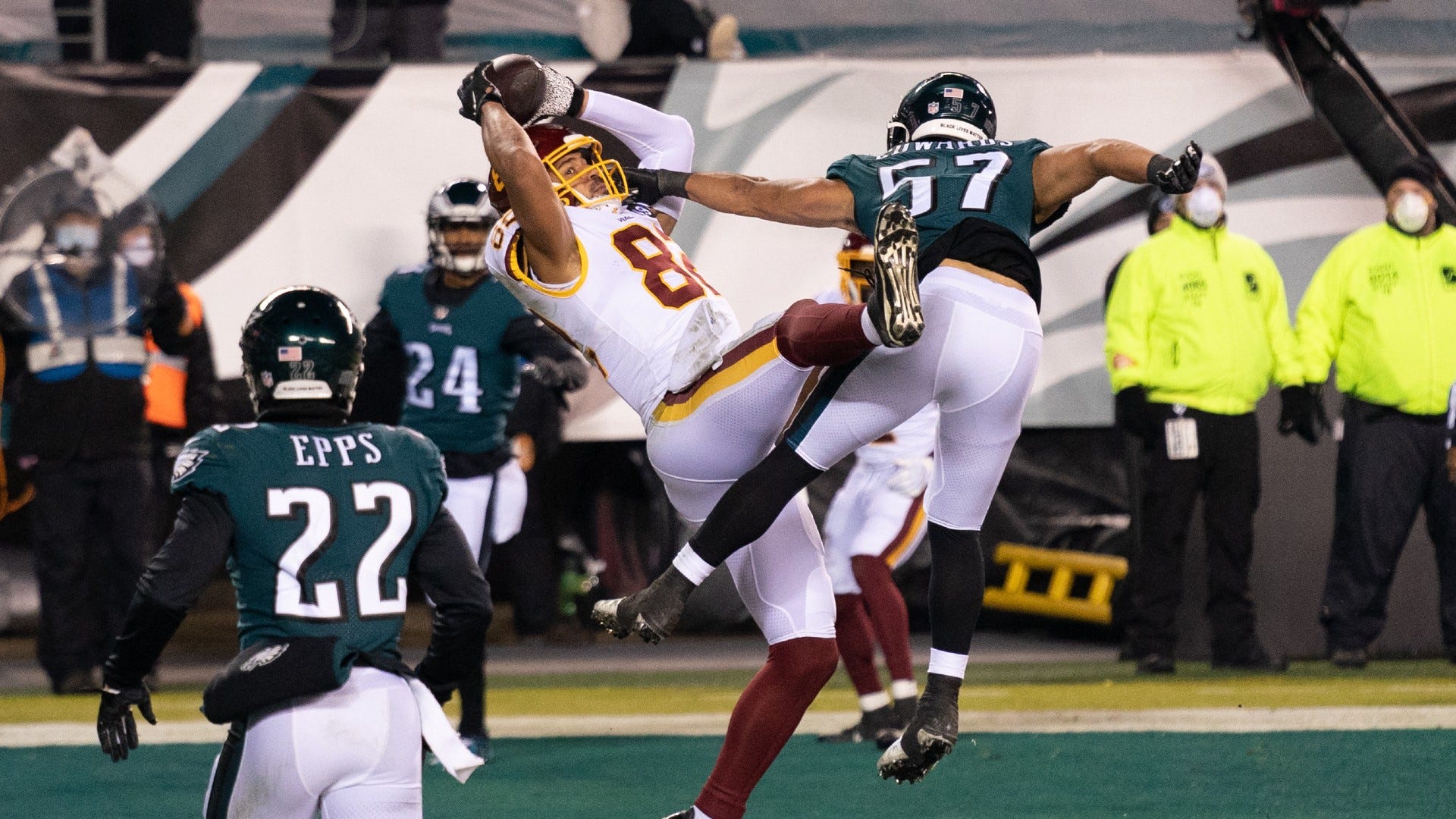 But the fairytale return didn’t have a Hollywood ending: Smith was sacked six times and Washington lost to the Rams. President Barack Obama passed on his congratulations on the achievement.

Elizabeth Smith, Alex’s wife, was at FedEx Field for the game, she said she thought she was going to vomit while watching.

After playing against the Rams, Theismann said, “I don’t care what anyone else does this year in the league; he’s the comeback player of the year right now.”

Three games later, Smith became Washington’s starter again after his Allen sustained a gruesome leg injury of his own.

In his second start, Smith won his first game in 742 days.

“I'm so thankful for the opportunity and I'm not looking past each and every single day, just trying to make the most of it,” he said after the game. “That really is my mentality and one opportunity today was to go out there and play. Enjoy this win a little bit but excited for this next opportunity coming up on the short week to play Dallas on Thanksgiving, obviously pretty special.”

Smith would get a win over the Cowboys on Thanksgiving. They would beat the previously undefeated Steelers in Pittsburgh. And top the 49ers in Arizona. But his last win came at a cost: Smith sustained a calf strain in the first half and Haskins replaced him. 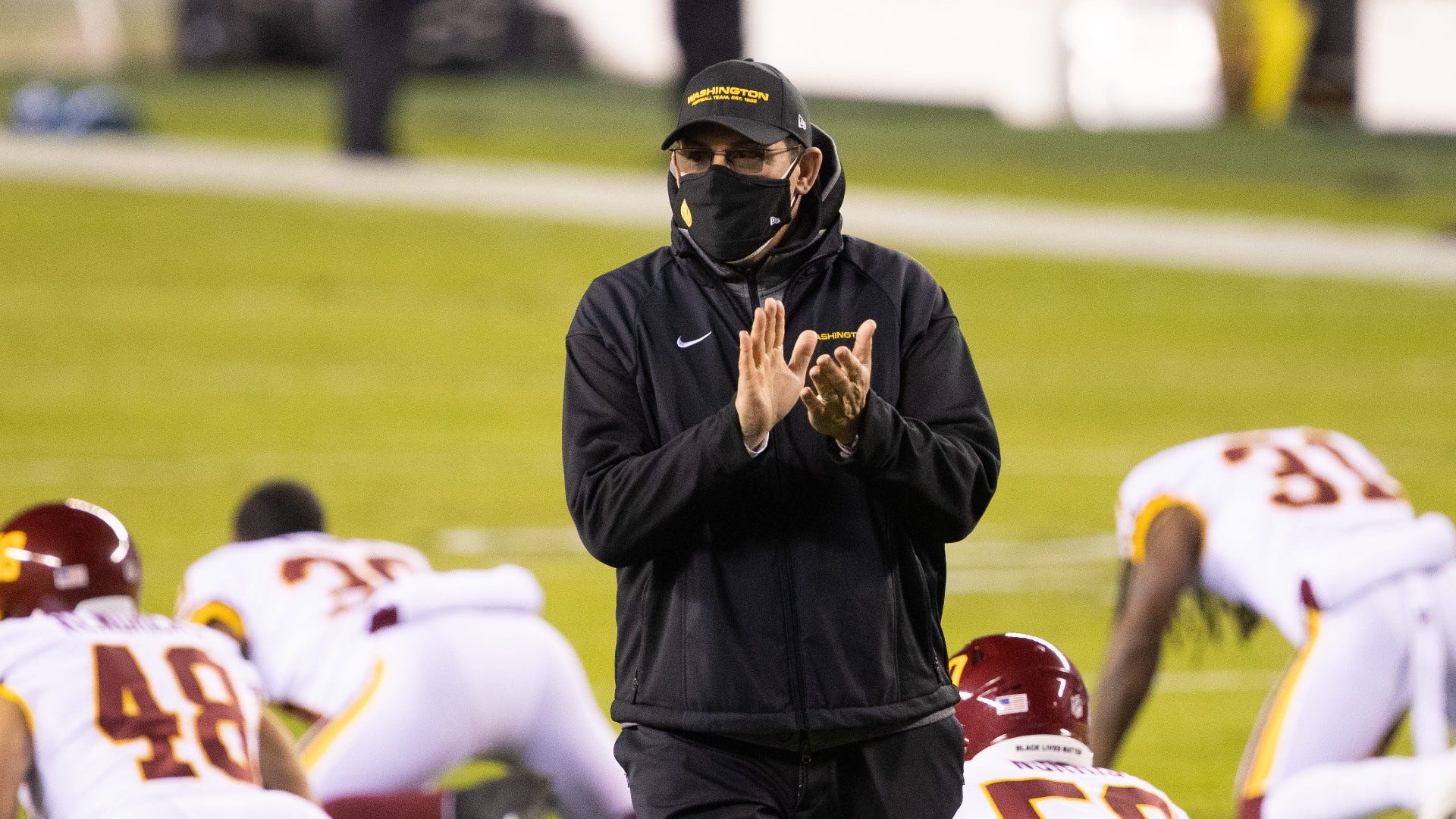 Tinsman: Thanks to Rivera, Washington in position to rule NFC East

And Washington, in the hunt for the playoffs at 6-7, would miss Smith for two weeks. Two losses against the Seahawks and Panthers.

After inconsistent play on the field and an incident off it, Haskins, who was drafted to succeed Smith in Washington, was released by Rivera during Week 17.

Facing Philadelphia in the season’s final game, Smith needed one more win to get Washington to the playoffs.

Before the game, Smith’s wife revealed she had his old external fixator brace, which he wore on his mangled right leg, refashioned into the shape of the Lombardi Trophy.

And despite his struggles against the Eagles: 162 yards on 22-for-32 passing and two interceptions, Smith led four scoring drives to give Washington the win and a trip to the playoffs.

It took three seasons and a long time lost to injury, but Smith had earned Washington an NFC East title.

In the Super Wild Card round, 1,075 days after he was traded to Washington, Smith will face off against Tom Brady and the Tampa Bay Buccaneers. And 783 days after his career was nearly over, Smith gets one more shot in the playoffs.

Update: Alex Smith was unable to play in Washington's playoff game due to a calf injury and Taylor Heinicke made an improbably postseason start. Washington would lose to the Bucs 31-23. Smith said he was "emboldened" after playing in 2020 and may return for the 2021 season. 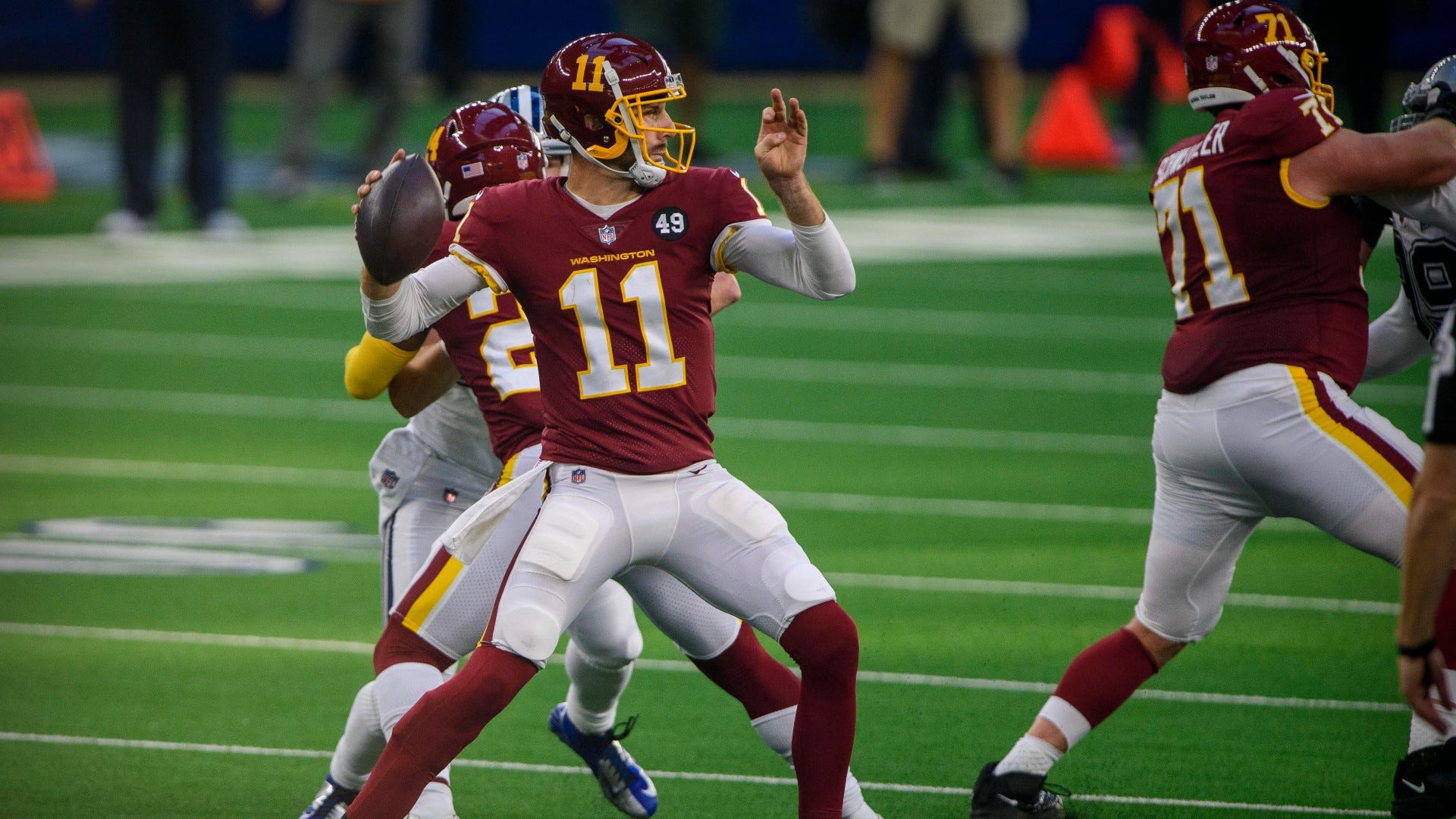 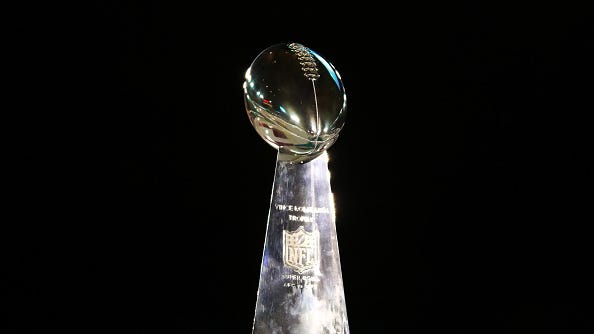